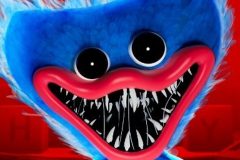 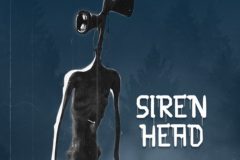 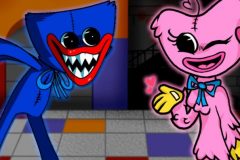 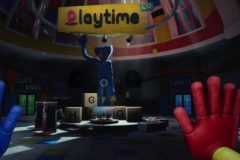 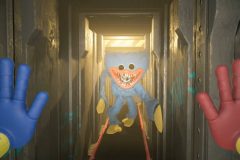 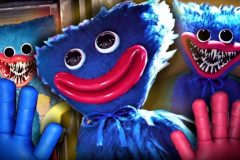 You will play as a former employee of a toy company that was once successful. Now it’s closed, but you want to solve its mystery. The factory is home to a creepy pink monster that hates people and preys on them. You don’t know about it, so you carelessly come to the factory and start walking around it. It is your activity that awakens this creature. It is quite possible that it is the creature that has killed all the factory workers. To find out, you begin a hunt for videotapes that will provide the answer to this mystery. But the monster also begins to hunt and so he pursues you. At times it moves very slowly, but sometimes it picks up a very high speed. You can’t hurt it, especially since there are no weapons in the game. There are devices that help to solve problems. For example, a backpack with arms – you can use it to grab items that lie far away or to fix the power supply in the factory.

The factory also has hard-to-reach places, which you can reach by moving along conveyor belts. They create a maze in which you can get lost. In addition, the antagonist also moves with them, and very quickly. From time to time it will fall behind you, which will allow you to escape and give you more time to explore the factory. You also have many quests to solve in order to find out the truth. Often these tasks are tech-related, namely fixing the electricity in the factory – since it’s abandoned, there’s no electricity in it. The game is made in 3D style with bright colors and lots of scenery, which resembles a playground. That is why it will be difficult to see the monster from time to time – this robot fits well into the entourage and resembles a big toy. Also, this creature has a habit of appearing suddenly. 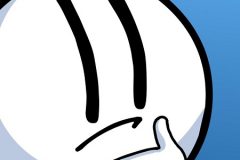 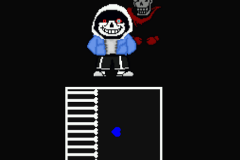 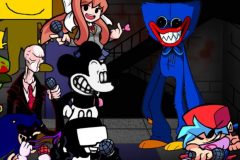 FNF: Huggy Playtime but Everyone Sings It
Play now
4.3 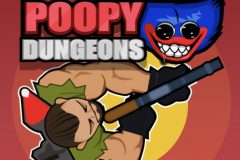